You are here: Home1 / Bible2 / Old Testament3 / Genesis4 / The Tree of Knowledge

The Tree of Knowledge

When God first made the world, he hadn’t sent rain to fall on the ground, instead there were springs and rivers coming up from the ground and watering the ground around them.

There were not many plants growing yet because there were no people to be farmers to plant and look after crops.

Then, God made a man from the dust of the ground. He breathed the breath of life into the man’s nostrils, and the man became a living person. His name was Adam.

God planted a garden in a place called Eden; there were all sorts of trees growing up from the ground—trees that were beautiful and had delicious, juicy fruit. In the middle of the garden God placed the ‘tree of life’ and the ‘tree of the knowledge of good and evil’.

God placed Adam in the Garden of Eden to look after it.

“You can eat any of the fruit you like, it’s all yours” God said “Except the fruit from the tree called the tree of the knowledge of good and evil. You must not eat that. If you eat fruit from that tree, you will die”

God said, “It is not good for you to be all alone, Adam I will make a helper who is just right for you.”  God made all the wild animals and all the birds and brought them to the Adam so that Adam could choose their names, but none of these animals was a helper just right for Adam.

God put Adam into a special kind of deep sleep and while he was asleep God took one of his ribs, and closed up the opening. Using the rib God made a woman and called her Eve.

When Adam woke up he was thrilled to meet Eve

“This one is bone from my bone,
and flesh from my flesh!
She will be called ‘woman,’
because she was taken from ‘man.’” 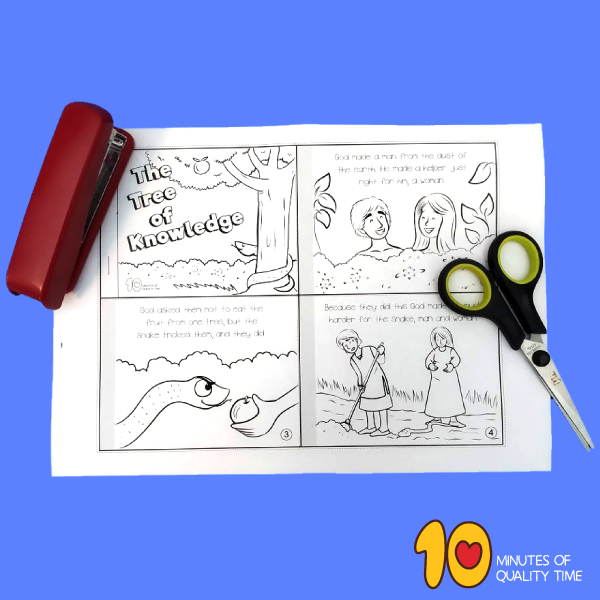 There were no clothes in the garden, but the Adam and Eve didn’t mind. They didn’t feel embarrassed or ashamed, they were just happy as they were, following God’s instructions. They feasted on the delicious fruits of all the trees, except the one that God had told them not to touch, they had full tummies and happy hearts.

Until one day the sneaky snake asked Eve, “Did God really say you must not eat the fruit from any of the trees in the garden?”

“Of course we can eat fruit from the trees in the garden! You’ve seen us eating all this delicious fruit” Eve said  “It’s only the fruit from the tree in the middle of the garden that we are not allowed to eat. God said, ‘You must not eat it or even touch it; if you do, you will die.’”

“You won’t die!” the snake laughed “God knows that if you eat it you will be like Him, knowing both good and evil.”

Eve saw that the tree was beautiful and its fruit looked delicious, and she wanted the wisdom it would give her so she took some of the fruit and ate it. Then she gave some to Adam, who was with her, and he ate it, too.   Suddenly they felt ashamed to be naked and made some clothes out of leaves to cover themselves up.

Later God was walking in the garden, Adam and Eve heard him coming and so they hid behind the trees.

“Where are you Adam?” God called

“I heard you walking in the garden” Adam called back “I’m hiding, because I’m naked”

“Who told you that you were naked?” God asked. “Have you eaten fruit from the only tree I told you not to touch!?”

“Eve gave me the fruit so I ate it” Adam said, trying to make excuses

“What have you done Eve?” God asked

“The snake tricked me” she replied. “That’s why I ate it.” 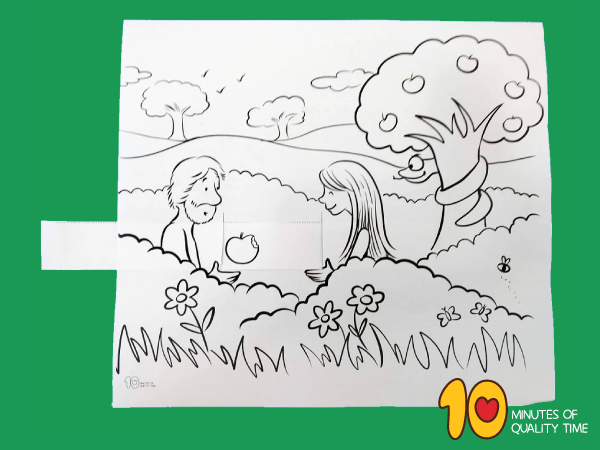 Click the Image for an Adam and Eve Craft

God turned to the snake and said

“Because you have done this, you will have to crawl along on your belly for your whole life. You won’t get along with humans anymore, you won’t be friends. You will bite humans, and they will stomp on you”

God said to Eve “Because you have done this, I will make life harder for you. It will be harder for you to have babies, you will want to be in charge but the man won’t let you”

And to Adam he said,

“Because you have done this, I will make life harder for you. It will be much harder to grow food on the earth. You will have to work really hard to make enough food to feed your family, and at the end of it all you will die. I made you from dust, and you will turn back into dust”

Because the first humans did not listen to and trust God their relationship with Him was changed, and life became much harder for them. 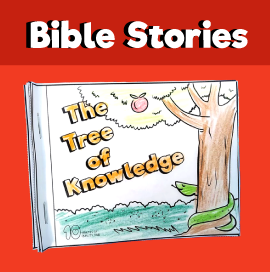 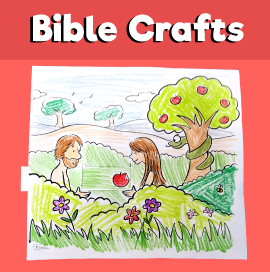 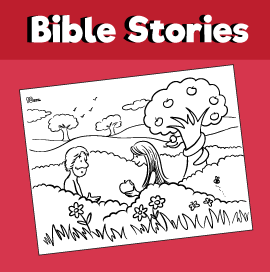 Latest Printables
The Printable Randomizer
I Have a Craft Idea!
The Resurrection of Lazarus

Cain and Abel
Scroll to top