The Birth of Jesus – Story for Sunday School

A man called Caesar Augustus was an emperor, and that’s why he was in charge of many countries and areas. Caesar Augustus wanted to know how many people lived in his land and what their names were so he told everybody that they needed to travel back to the town their families were from and write down their names to be counted.

Joseph was living in a town called Nazareth but his family were from Bethlehem, so to follow Caesar Augustus’ instructions he had to travel back to Bethlehem and have his name, and the names of those in his family, written down.

Soon Mary would be getting married to Joseph, and would be part of his family, so she had to go to Bethlehem and have her name written down too.

Mary was pregnant, and when they were in Bethlehem it was time for the baby to be born. The town was very busy with everyone coming to have their names written down and all the inns were full. Mary and Joseph could not find anywhere to stay, but a kind innkeeper gave them shelter in the stable so that the baby could be born. The baby was a boy, Mary wrapped him up in cloths to keep him safe and snug and placed him a manger, a trough for feeding animals, so he could get some rest.

Something wonderful had happened!

In some fields nearby some shepherds were busy looking after their sheep, keeping them safe, when suddenly there was a bright shining light and they felt that God was close by. An angel appeared to the shepherds and they felt very scared. But the angel said to them, “Do not be afraid. I bring you good news that will make everyone happy. Today in Bethlehem a Savior has been born to you; he is the one you have been waiting for! You will know it’s him when you find a baby wrapped up in cloths and sleeping in a Manger.”

Then lots and lots of angels appeared, singing: “Glory to God in the highest heaven, and on earth peace to those on whom his favor rests.”

When the angels left the shepherds decided that they would visit Bethlehem and see if they could find the baby the angels had told them about. So, they hurried off down into the town and began looking for the baby, when they found a baby wrapped in cloths and lying in a manger just as the angels had said they were amazed! They went about and told everyone they could about what had happened to them and everyone who heard it was amazed too!

There was a lot of excitement and hustle and bustle, but Mary thought carefully about everything that had happened, bringing it all together in her mind to see the bigger picture. Before she was even pregnant, an Angel had visited Mary and told her everything that would happen.

That’s why she knew that something wonderful had happened!

The shepherds went back to their flocks full of joy, and saying thank you to God for their experience.

Mary was also told by the angel what to name the baby. So, when the baby was 8 days old, Mary named him Jesus. 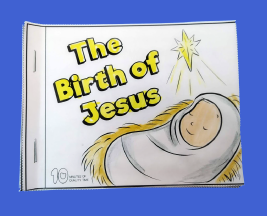 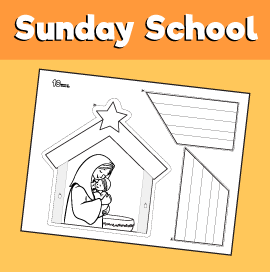 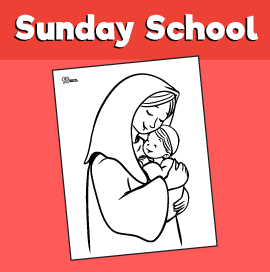 Latest Printables
The Printable Randomizer
I Have a Craft Idea!
The Parable of the Good Samaritan

The 12 Apostles Story for Kids
Scroll to top