Noah and the Ark

This is a story about a man named Noah and his family. Noah was a good man, who listened to and followed God. Noah was the father of three sons: Shem, Ham, and Japheth.

Although Noah was good and listened to and followed God, nobody else living on the earth did, and God saw that the earth was filled with trouble, and people doing nasty things.

God said to Noah, “I need to fix this problem, everyone is being evil and not listening to me. You’re the only one that pays attention, so I want you to build a massive boat and make sure it’s waterproof! Make decks, and little rooms inside. Then, I’m going to send a flood that will cover the earth and kill every living thing on the earth. But I’ll keep my promise to you; get on the boat with your family and bring 2 of every kind of animal into the boat with you. Bring a male and female of each animal, and I will keep you all alive together on the boat. Oh! and remember to bring lots and lots of food”

Noah did everything exactly as God had told him and when everything was ready, God said to Noah, “Get on the boat with your family and the animals, remember you need a male and a female of each kind so that they can have babies after the floor. In seven days’ time the rain will pour down and the flood water will rise up. It’s going to rain for 40 days and 40 nights!”

So, Noah did everything exactly as God had told him. He got on the boat with his family, and the animals and after seven days the rain poured down and the flood water rose up.

I want you to build a massive boat and make sure it’s waterproof!

After 40 days and 40 nights the rain had stopped but the flood water still covered the earth. It began to go down, but God sent a wind to blow across the earth and move the flood water out of the way.

After 150 days the boat came to rest on the mountains of Ararat. After another forty days, Noah opened the window he had made in the boat and sent out a bird. The bird flew back and forth until the floodwaters on the earth had dried up. He also let out dove to see if it could find dry ground but the dove could find no land because the water still covered the ground. The dove came back to the boat, and Noah took it back inside.

Noah lifted up the covering of the boat and saw that the surface of the ground was drying.

Two months later, at last the earth was dry!

Then God said to Noah, “Leave the boat, all of you! and let all the animals out so that they can have babies and fill up the earth again.”

So, Noah, his wife, and his sons and their wives left the boat. And all of the large and small animals and birds came out of the boat

Then Noah built a special place to worship God, and he thanked God for keeping his family safe. God was pleased with this and said

“I will never punish the earth for human’s being evil again. I will never kill all living things again.  As long as the earth is there, there will be planting and harvest, cold and heat, summer and winter, day and night.” 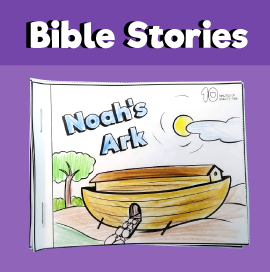 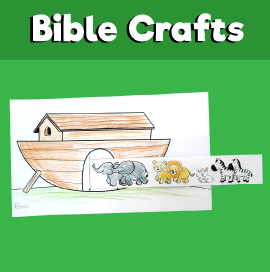 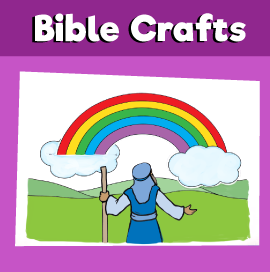 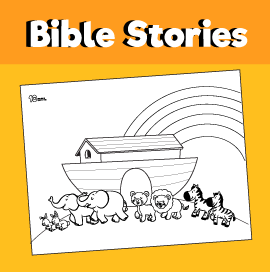 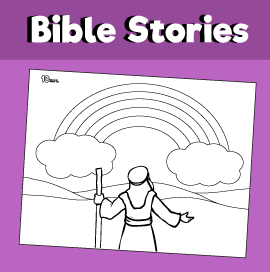 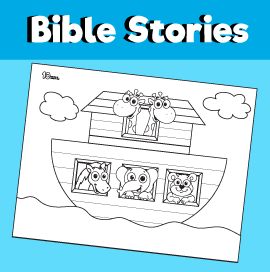 Latest Printables
The Printable Randomizer
I Have a Craft Idea!
Cain and Abel