You are here: Home1 / Lesson Plans2 / Around the World3 / Sweden – Free Lesson Plan and Worksheets 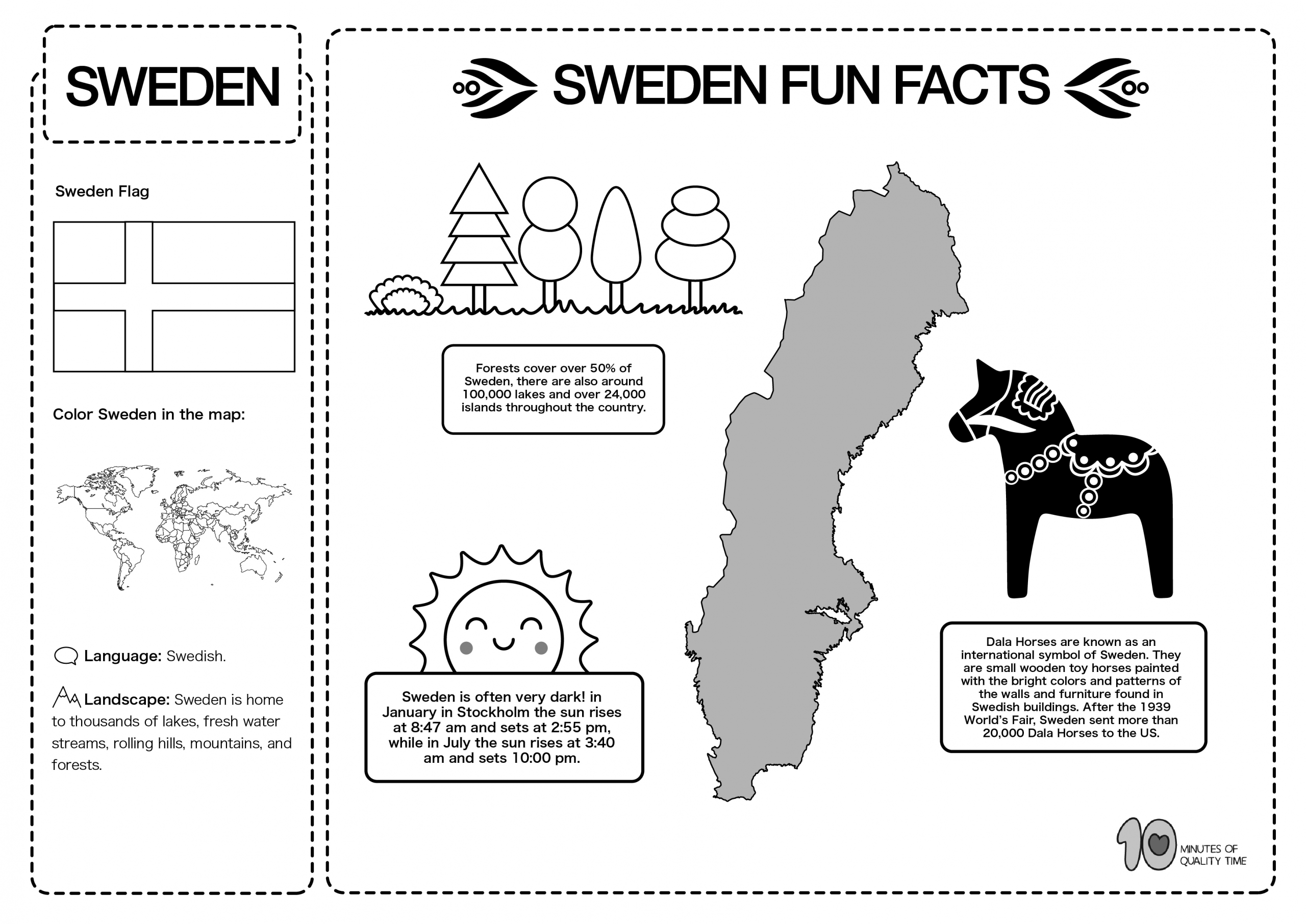 Ask students, “What are your favorite toys?” Share with them that one very popular toy in Sweden is called the “Dala Horse.” These are wooden horses that are painted bright colors (often red). In the 17th century, little wooden horses were sold at markets in Dalarna, Sweden. About 100 years later, wooden horses were carved by men working in the forest and brought back for their children to play with. Pine trees are very abundant in Sweden, and many of the lumberjacks were chopping pine trees. Most Dala Horses are made of pine. They range in size from 2 cm to 5 ft. Some children even learned to carve horses after school. Families who did not have much money would carve and paint lots of Dala horses and trade them for food, goods, or even housing. You can still find Dala Horses all over Sweden today.

In 1939, Dala horses became famous around the world. At the World Exhibition in New York, the Swedish pavilion placed a large Dala horse outside the Swedish pavilion. Visitors were enamored by the brightly colored wooden horse. During the year after the exhibition, 20,000 Dala horses were shipped over to New York. The Dala horse became a national symbol for Sweden. If you were to make a toy that symbolized you, what might it look like?